Fourteenth Moon Foundation has distributed meats to no fewer than 300 families in Lagos State during the 1442AH Eid-el-Kabir celebration.

The founder of the foundation, Ustadh Qasim Badrudeen, said the beneficiaries  were those who needed support to have a fulfilling eid.

The distribution held at two centres – Al-Hujjaj Centre and Mosadioluwa Mosque – on Wednesday, July 21, 2021 with many needy Muslims in attendance.

Many of the beneficiaries reached the venues over three hours ahead of the distribution time.

Among those who benefitted from this year’s distribution were physically-challenged Muslims and widows.

Badrudeen explained that the distribution was made possible through donations.

According to him, the foundation holds the Eat-the-Ram programme annually to assist Muslims who could not afford meats for celebration.

He expressed concern that the economic situation in Nigeria affected many Muslim families, adding that they could not sacrifice any ram this year.

He said, “We appreciate our donors for the success of this year’s programme. Though we have not gotten to where we want, there are significant improvement. The economic situation affected many families this year that they could not afford a ram. The food inflation in the country also affected the numbers of rams we could buy with the donations we got, but we thank Allah for making this year’s  programme a success.

“The impact of the economic situation reflected in the turnout. This year, we had more people requesting for meat than ever. Before, some of them got meat from other Muslims. But many of those Muslims didn’t kill a ram too this year. We pray to Allah to heal our nation.

“Our Eat-the-ram is an annual Qurbani programme aimed at putting smiles on the faces of needy Muslims during Eid-el Kabir. We have other programmes aimed at empowering needy Muslims and alleviating poverties in the society.”

The beneficiaries appreciated the donors as they expressed joy after collectimg the meat. 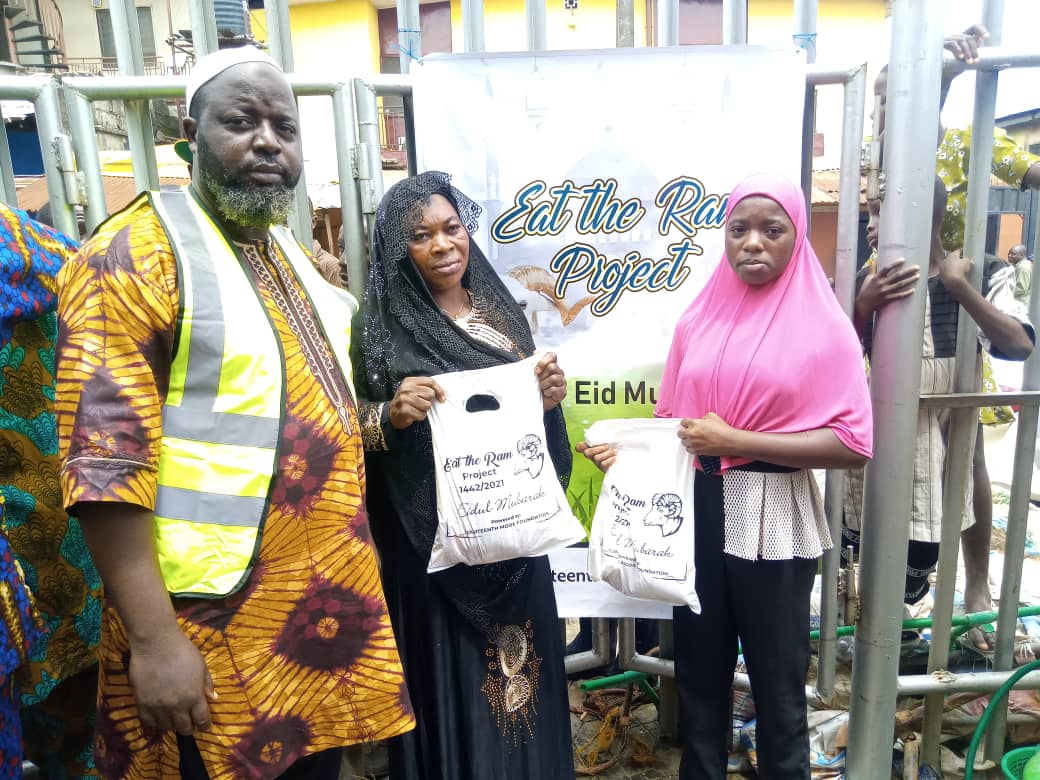 “We thank you for this. May God bless the donors to do more,” one of the beneficiaries said

Yoruba Nation Or Tradition-Nation: What Do We Really Want?