Coalition of civil society organizations for Good Governance today Saturday 12th of June 2021 in Lagos organized a rally in commemoration of June 12 Democracy Day with a rally and visit to the residence of late Chief MKO Abiola in Opebi Ikeja, Lagos. 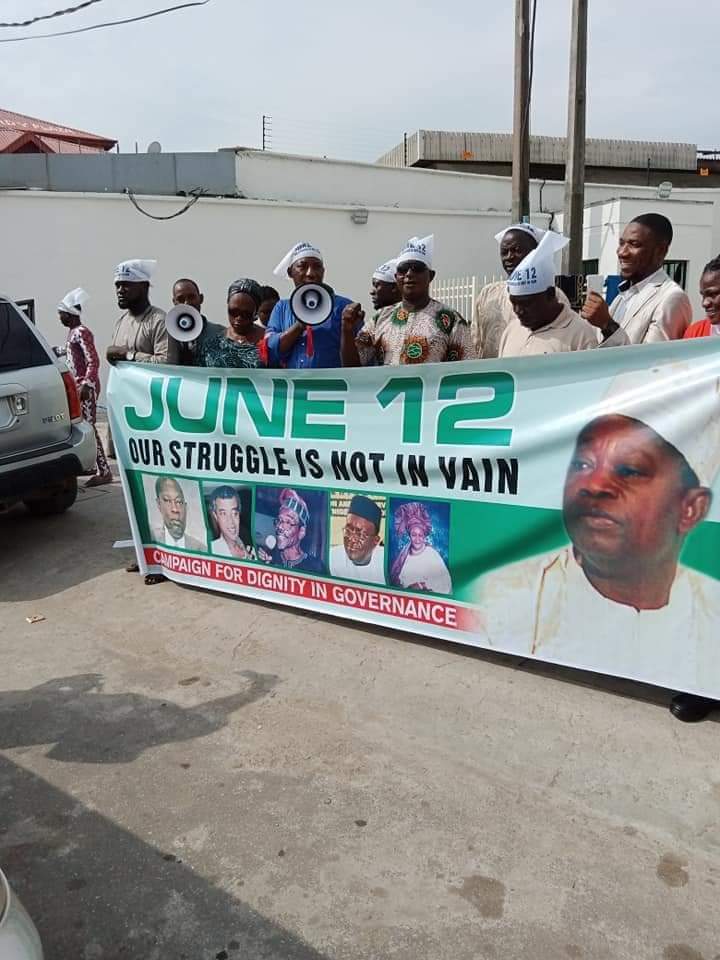 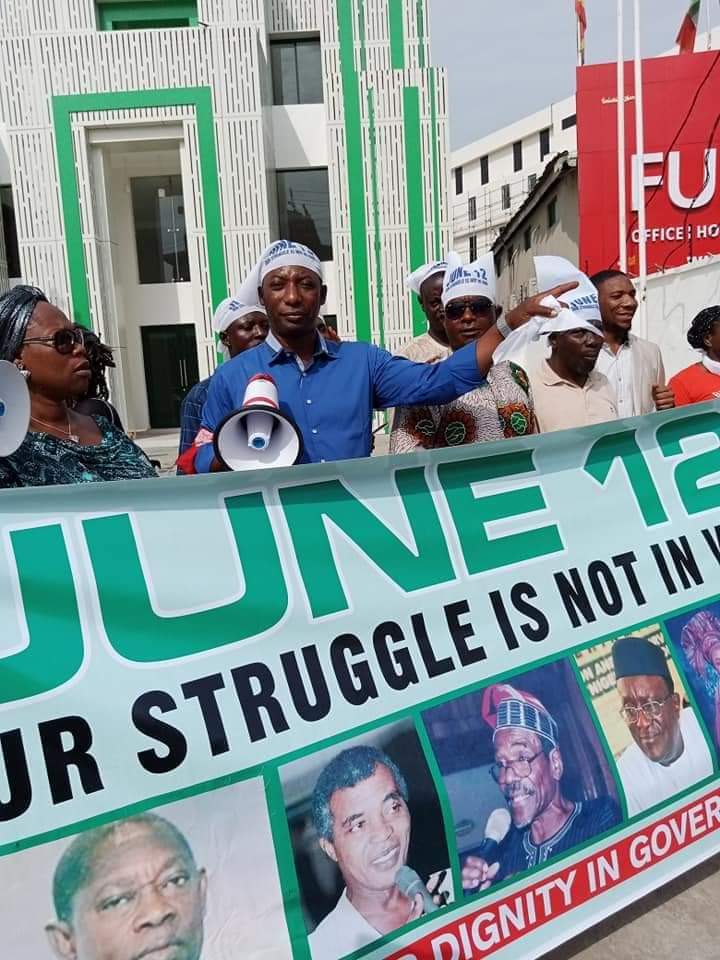 The coalition rally took them to the residence of late President Chief MKO Abiola where speeches were made in commemoration of Democracy Day and what it symbolized by the various leaders of organizations in the presence of the media, residents, security agents and family members of the late former President. 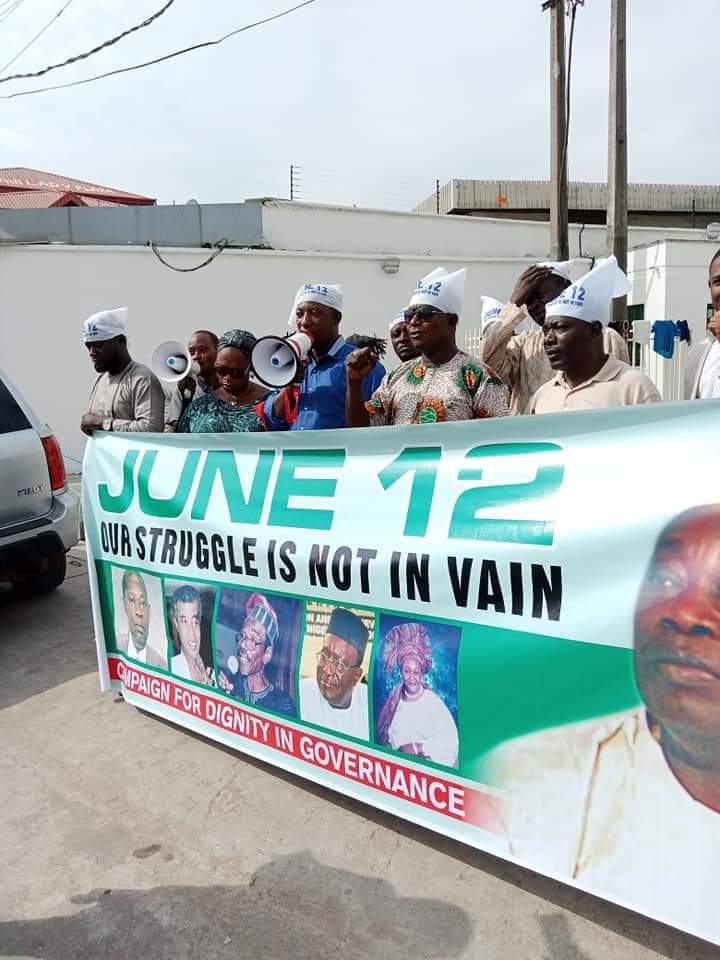