The volume of shares traded on the Nigerian Stock Exchange (NSE) on Friday dropped by 19.88 per cent, just as the market indices declined further. 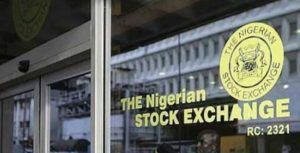 This was in contrast with 180.12 million shares valued at N1.85 billion exchanged in 3,889 deals on Thursday.
An analysis of the activity chart shows that Guaranty Trust Bank was the most active stock, exchanging 29.15 million shares worth N606.96 million.

Also, the market capitalisation of listed equities which opened at N12.715 trillion shed N20 billion or 0.16 per cent to close at N12.695 trillion.
Nigerian Breweries topped the losers’ chart, dropping by N2.05 to close at N34.05 per share.

Evacuation: 322 Nigerians from US to arrive in Lagos