Six months after the special presidential convention of the ruling All Progressives Congress APC in which Asiwaju Bola Tinubu emerged as candidate, vice president Yemi Osinbajo on Wednesday paid an unscheduled visit to the party’s standard bearer at his Abuja residence.

Osinbajo was one of the frontline aspirants who lost to Tinubu. His absence from the campaign train since September had sent tongues wagging, despite the announcement by the presidency that President Muhammadu Buhari had asked his vice to concentrate on the business of governance.

Vanguard gathered that the vice president, alongside few of his aides arrived at Tinubu’s Asokoro home at about 7pm on Wednesday and went into a closed door meeting with him.

A source who was privy to the details of the meeting said the vice president simply came to pledge his commitment to the Tinubu project.

He said; “The crux of their meeting was simply. The Vice President came to express his loyalty and support for Asiwaju Bola Ahmed Tinubu and Kashim Shetimma’s presidential ticket. He told his host of the various administrative activities that have kept him away from the campaign but promised to have been with the team in spirit”. 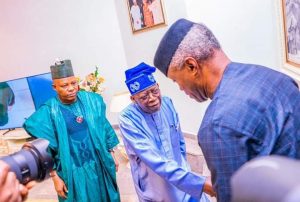 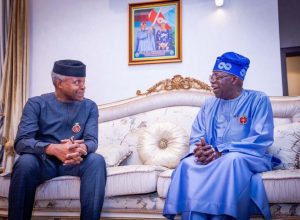 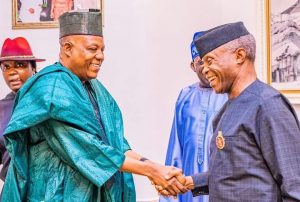 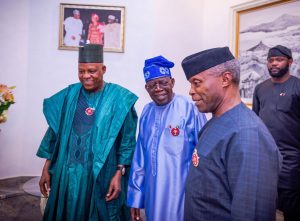 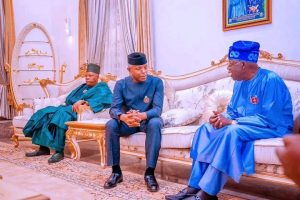 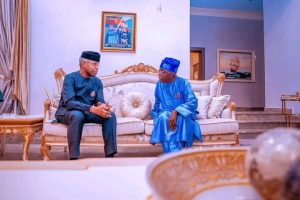 No Postponement Of Election, INEC Insists