Members of the All Progressive Congress (APC) in the Ojodu Local Council Development Area (LCDA) are protesting the attempted imposition of a minority aspirant over the people’s choice candidate following last Saturday’s primary election.

A Group under the name Team KFL stormed the streets of Ojodu this on Wednesday 2nd June 2021 to protest against the attempted imposition of one Segun Odumbaku in place of the much fancied Alhaja Kafayat Funmilayo Layeni. 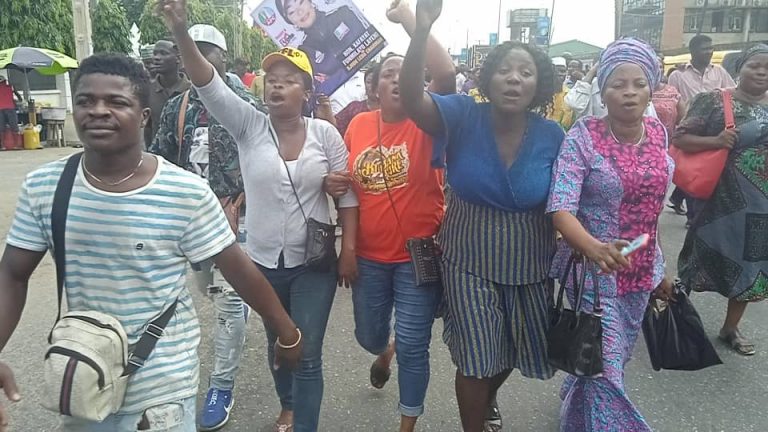 The development came as news filtered amongst party members in Ojodu LCDA on Tuesday that the Lagos State Independent Electoral Commission (LASIEC) form had been issued to a particular aspirant who is within the minority group.

The Team KFL was the leading group amongst others at the primaries which were disrupted in five wards on Saturday.

Meanwhile, the minority group were caught on video at the primary venues insisting that the election must not hold.

According to spokesperson for Team KFL, Mr. Oni Olalekan, “to the surprise of many, news filtered that a Segun Odumbaku have been given the lasiec form which means that he will be the party’s candidate at the general election in July” 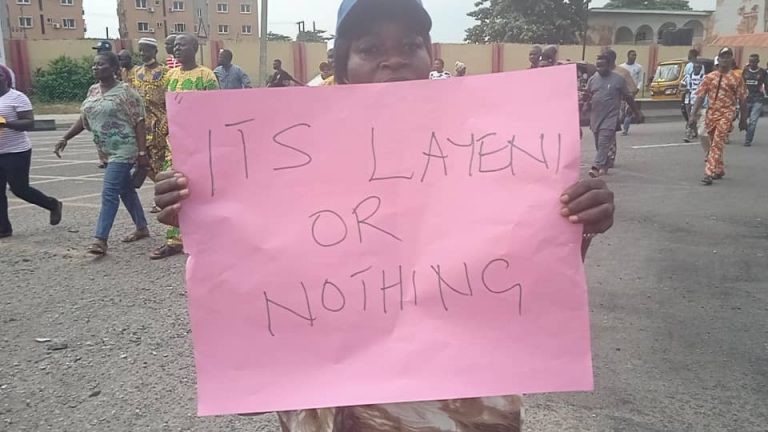 Oni said in a statement that: “It is on record that there was no election in five wards out of six wards in Ojodu LCDA and the only ward where election was held was in ward A which covers Oluwole/Sogunro/Ogba and Alhaja Kafayat Funmilayo Layeni (KFL) was the sole winner of the ward A election”

The group added that: “As a result, Team KFL who are the majority are opposing all attempts to have a minority rule over the majority”

“We are saying that our mandate/ticket should not be given to any other candidate except Alhaja Kafayat Layeni (KFL), she’s loved by the majority, the majority want her as the next chairman of Ojodu LCDA and nothing should change that”