Rape: Why Are Thou Rampant?

In my years of researching on rape culture and gender politics, I have come to the understanding that there exists a uniform and underlying trend in the different cases of rape examined. This underlying motif is the obsession about masculinism fuelled by the asymmetrical power dynamics between both genders. Confused? Now, let’s unpack this.

More often than not, the urge to a rape a lady/girl stems from the perpetrator’s conviction and certitude to overpower the victim.

The rapist’s conviction of his ability to subdue his victim exacerbates the urge to exercise this supposed supremacy. The impulse to rape a lady is a sexualized form of expressing male dominance over women.

You may want to argue that provocative dressings induce sexual arousal. Undauntedly, yes! But no, it does not incite sexual violation! A conversation with convicted rapists revealed that less and less of these rape cases were stimulated by provocative dressings. Let us take a look at some scenarios.

Scenario C: Lady’s house was robbed and Lady was raped.

In all these scenarios, one thing is common which is the tendency one gender has to exert its will regardless of the other gender’s willingness or reluctance. This is the basic idea behind the rape culture – the desire to get hold of a woman irrespective of her stance. This obsessive desire is premised on the certainty of getting some cunts from a woman with the use of male physical supremacy. 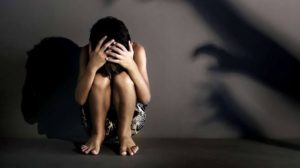 Come to think of it, do males not dress provocatively too? With the upsurge of penis revealing pants, do girls not get sexually provoked too? Will it be justifiable if girls begin to rape boys indiscriminately on the basis of provocative dressing? Did your mind just tell you that is impossible? Oh yea, it did! Wonder why? Your mind just told you it is impossible because it is an extremely rare case for a lady to overpower a man. Now, the key word is OVERPOWERING. Are you still in doubt that rape is essentially an expression of power and dominance? Perhaps, the seemingly minimization of male rape is born out of the rarity of female dominance and not because girls ain’t sexually provoked too!

Rape, no doubt, is an expression of obsessive masculinism reinforced by the asymmetrical power dynamics between both genders. Rape is the sexualization of male dominance and control over women. Oh, I didn’t mention marital rape, right? More than power dynamics and domination, marital rape reeks of a sense of ownership and subjugation – the belief that the man owns his wife and she must be accessible to him any day, anytime according to his wish and desires. The trivialisation of the emotions and opinions of the female in a marital relation sustains the idea of the impossibility of marital rape. Rape, in whatever manner of manifestation, is a gruesome dehumanization of the woman person.

Saheedat ‘Tobi Adetayo is a doctoral student of Philosophy at the University of Ibadan, Nigeria. She teaches Logic and critical thinking at the Center for General Studies, University of Ibadan. Saheedat is keenly interested in gender issues and career development.

Nigerian Youth and Political Participation: Are we truly ready?

Seven Things You Should Know About AK-47 Assault Rifle